The Coen Brothers have just wrapped up filming the sequel to their 1998 cult hit The Big Lebowski. The new film, entitled The Big Sawatzky, which reunites Jeff Bridges with John Goodman, Steve Buscemi and Julianne Moore, tells the tale of a group of lazy yerba-drinking Mennonites who spend all their time at the 5-pin bowling alley in Winkler, Manitoba.

“Things get ugly when mobsters confuse my character, Abe Sawatzky, for another more important Abe Sawatzky,” said Bridges. “I think this other Abe Sawatzky owns a farm implements dealership or something.”

The Big Sawatzky has expunged most of the drinking and nudity from the original film. Instead of vodka and Kahlua, Sawatzky now drinks dandelion wine on the sly.

“I don’t want to give it away, but the climax of the film is absolutely mind-blowing,” said Bridges. “There’s a really epic battle with nihilistic Lutherans at the Morden bar.”

The Coen Brothers have also promised that The Big Sawatzky will set the record for most f-bombs ever uttered in a Mennonite film. 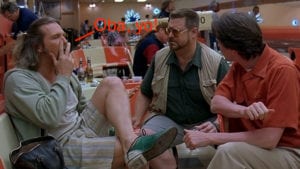 HOLLYWOOD, CA It’ll be a near empty theatre tonight as the half dozen or so Hollywood stars who didn’t get themselves cancelled this year gather to waltz down a socially distanced red carpet and pat […]

LOS ANGELES, CA Mennonite woman Deborah Kehler of Bergfeld, Manitoba was awarded the Lifetime Achievement Award at the Oscars last night for “more than 70 years of putting a smile on her face and pretending that everything is just […]

Vote Now for the Mennonite Oscars 2018!

Long gone are the days when Mennonites had to avoid being seen in the movie theatre. Today we fully embrace the art of moving images. Last night the Mennonite Academy of Motion Picture Arts and […]